A downloadable game for Windows, macOS, and Linux

Programmed and stitched together by daffodil, music and concept by JADE STATUES, architecture and environments by Kaili Terada, character art and animations by Slippery Jibberish.

Special thanks to free Unity assets

Nope I've forgotten I don't know what this is how did this game get on my profile?! 😱😱😱 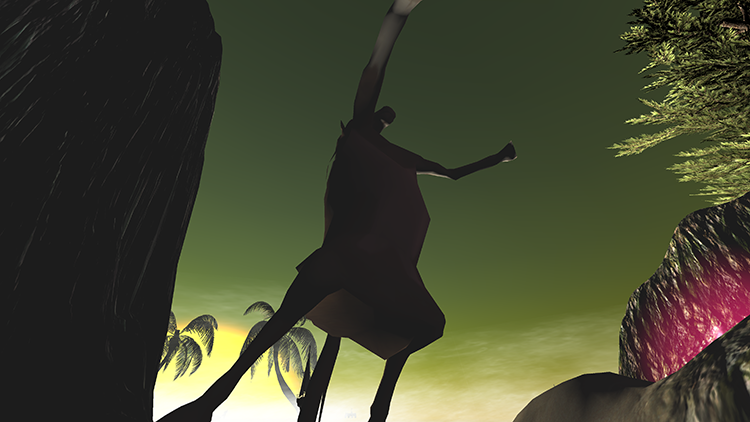 Sorry if this is a spoiler! Feel free to delete...

i speedrun this game

amazing developer. would buy all the games if VFS wasn't robbing me

Been trying out the 1.2 builds for a time on my Linux box, and have noticed that while the game in itself feels a bit smoother and faster, some of the funky rendering issues with the paintings in the first hallway and the cleansing pool still remain.

Same setup as before: Debian sid, 64-bit release. Haven't tested the 1.2 32-bit builds but I will do so soon enough.

Loving this game so far but I do kinda wish that there was a native Linux version available. I was playing the Windows version via Wine until the Mono libraries the game needs got updated. Now running the game only gives me this message:

I'm on it. I'll try and fix a few bugs in the process as well. Thanks for taking an interest!

There you go, friend. If it wasn't for you I probably wouldn't have fixed those bugs quite so soon, and wouldn't have provided a Linux build. Give yourself a big pat on the back! And let me know if you run into any more issues trying to get it to run.

Thanks a bunch for the Linux builds! I downloaded the bundle to test it out, and I'm really happy to see you included both 32-bit and 64-bit executables! :)

So, a bit of feedback and findings:

* The 32-bit build has some rather janky rendering issues; textures don't render properly on the outdoor scenes in the opening room (where the robot receptionist is), and there are also clipping issues where I could walk right out of the map.

* The 64-bit build has no issues with music playback, but some textures aren't rendering correctly. An example would be the paintings in the hallway leading to the cleansing pool; they render with a dark grey texture pasted right on top that obscures the paintings until you practically stick your face onto them. Likewise, the textures in the cleansing pool room itself render a little strange; the back wall renders as a black void or sorts, with only the door frame visible. The cleansing pool also has a couple of funky issues with rendering as you descend, where you can see the outline of the pool's shape above you rendered in black, which vanishes about a third of the way down through the pool.

The testing machine is a custom built box with the following specs:

Okay good to know. I'm aware of a number of the rendering quirks you mentioned, and the ones you mentioned in the 64-bit build are there in the windows builds as well. I'll attempt to address a few of them moving forward. I have no idea what causes the 32-bit linux build to have audio issues but I'll look into it.

Where were you able to get outside of the map?

Right in the beginning room when approaching the robot receptionist. While facing the robot, about a foot away, the rendering seems to freeze and I seem to be able to zoom right past the robot.

As a suggestion (if you haven't already), try using Ogg Vorbis encoding for the music files for Linux, as Vorbis is supported out of the box in most distros.

Not sure what's up with that spot, I'll look into it.

I can definitely make the music and audio all .ogg as well, but that one will take a bit of time.

Thanks for the comprehensive feedback! I hope you can still enjoy the experience amidst the weird issues.

So I wanted to test out the game before contributing money, and I'm glad I did. The concept of the game is beautiful, but the game lags too much. Any time there is a hint of progress being made, everything gets glitchy and stays that way for a solid 15 seconds. I love it, but I can't accomplish anything.

Apologies. Try running the game in the "Express" graphics setting. If that doesn't work, I may have some alternatives on their way.

Hey ! Appreciated the game unti I got stuck after jumping on the horse with the dubloons...

Oh! Okay, noted. I'll fix this for the next update. Sorry about that!

Incredible, I have only just downloaded it, but I will be buying two more copies for two devices. Love

I really enjoyed the game and the textures were super trippy! If you ever need help with music or any type of ADR or FX let me know! keep it going!

This is probably one of the coolest games that I've ever played. The fact that it was based on an album and that you get to experience the visuals of the music is just fucking genius! You should seriously make more of this kind of stuff!

The kind words are appreciated. We plan on it! 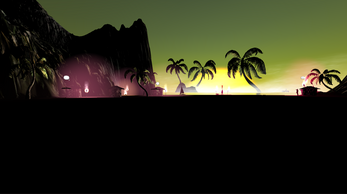 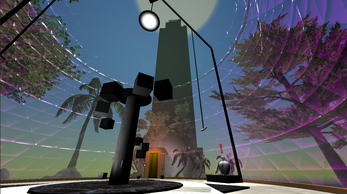